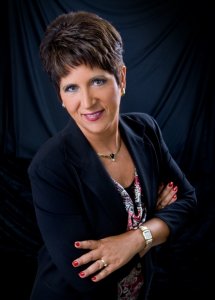 Travels from Detroit, Michigan Teresa Tomeo is an author, syndicated Catholic talk show host, and motivational speaker with more than 30 years of experience in TV, radio and newspaper and spent 19 of those years working in front of a camera as a reporter/anchor in the Detroit market. In the year 2000, Teresa left the secular media to start her own speaking and communications company, Teresa Tomeo Communications, LLC. Her daily morning radio program, Catholic Connection, is produced by Ave Maria Radio in Ann Arbor, Michigan and now heard on over 200 Catholic stations nationwide through the EWTN Global Catholic Radio Network and is also carried on Sirius/XM Satellite Radio.  Teresa is a columnist and special correspondent for the national Catholic newspaper, Our Sunday Visitor and appears frequently on the EWTN Global Catholic Television Network. Teresa and co-hosts the popular EWTN television series, The Catholic View for Women, and is the field reporter for their annual March for Life coverage in D.C. Teresa has also been featured on The O’Reilly Factor, Fox News, Fox & Friends, MSNBC, and the Dr. Laura Show, discussing issues of faith, media awareness, and Catholic Church teaching, especially as it relates to the culture. As a speaker, Teresa travels around the country addressing media awareness and activism, as well as sharing her reversion to the Catholic Church. She also leads several pilgrimages and retreats each year to various holy places around the world. In 2008, she was chosen as only one of 270 delegates from around the world to attend the Vatican Women’s Congress held in Rome marking the 20th Anniversary of John Paul the Second’s Letter entitled On the Dignity and Vocation of Women.Teresa has authored six books and her latest best-seller, Extreme Makeover: Women Transformed by Christ, Not Conformed to the Culture was released in October of 2011 from Ignatius Press and has been named “required reading” by Dr. Laura Schlessinger. Her first book, Noise: How Our Media Saturated Culture Dominates Lives and Dismantles Families, published by Ascension Press, is in its second print. Teresa’s autobiography, Newsflash! My Surprising Journey from Secular Anchor to Media Evangelist was published in September of 2008 and also co-authored a series of best-selling Catholic books for tween girls focusing on modesty and chastity that was also made into a Television Series on EWTN called All Things Girl.Passionate about sharing her faith and educating others on the truth, Teresa has been named a Professor for St. Benedict Press’ Catholic Courses, teaching on subjects such as Manage Media Wisely and Women in the Church. Teresa’s most recent books for women: Wrapped Up: God’s Ten Gifts for Women was released in August 2012 with Servant Books, and God’s Bucket List: Heaven’s Surefire Way to Happiness in This Life and Beyond which was released by Random House/Image Books in 2013. 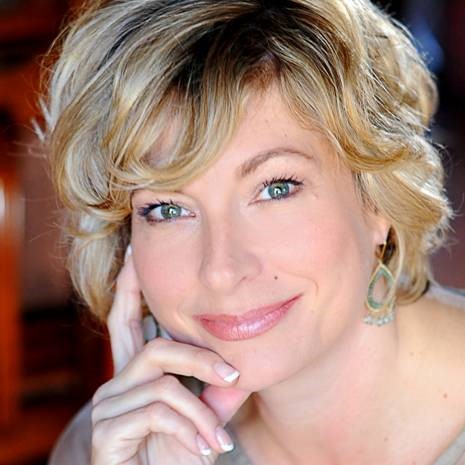 Travels from New Orleans, Louisiana If I had to boil down the essence of what I feel called to do, it is to encourage people—whether through singing, storytelling, or teaching from the great Catholic spiritual writers and my own life experience. Tears in the audience (and occasionally from me) are not uncommon, and I consider them sacred. My audiences and I also laugh a lot, which I consider to be a true gift of the Holy Spirit. These audiences range from women’s prayer breakfasts like Magnificat, to Catholic leadership groups like Legatus, to retreats and large regional conferences. My heart burns with a desire to share the riches of our Catholic faith in an engaging way, especially to lapsed or lukewarm Catholics. I submit myself to the teaching authority of the Magesterium of the Roman Catholic Church in matters of faith and morals, and I delight in her guidance. In Christ, our Hope, KITTY CLEVELAND BIOGRAPHY Singer/songwriter and inspirational speaker Kitty Cleveland began her professional career as a lawyer, university instructor and career counselor. But in an adoration chapel one day in 1998 during a devastating family crisis, she clearly heard the Lord call her to become a “music missionary.” Kitty enthusiastically heeded the call and has since released 11 CDs of music and prayer–including two CDs with Lighthouse Catholic Media. She has appeared numerous times on television, on the radio, in concert and as a keynote speaker throughout North America and in Europe sharing her message of hope, healing and encouragement. Kitty is currently working on her first book and enjoying the adventure of homeschooling. She makes her home in the New Orleans area with her musician husband and young daughter, whom they adopted from China in 2005. Television & Radio Credits Kitty is well-known to EWTN audiences, having appeared five times as a guest on Life on the Rock with Jeff Cavins; twice on Backstage; five times as a guest of Johnnette Benkovic on Women of Grace; and also live from the National Shrine of Divine Mercy on Divine Mercy Sunday, where she shared her testimony and sang for the Mass with an estimated 25,000 attendees. Kitty has appeared multiple times on Catholic TV of Boston and continues to receive both national and international radio airplay.  “Kitty’s love for the Lord and for her Catholic faith was palpable, and she left us all uplifted and encouraged with her message and music.  I wholeheartedly recommend Kitty Cleveland for your future event.”   Most Rev. Samuel J. Aquila, S.T.I, Archbishop of Denver 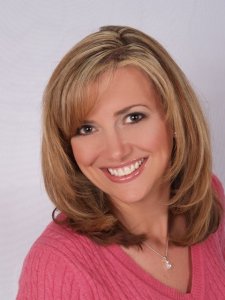 Travels from Minneapolis, Minnesota Kelly Wahlquist is a dynamic and inspiring Catholic author and speaker whose gift of weaving personal stories and Scripture together with practical advice allows her audience to enter more fully into what Pope Francis has called us to do —to live the joy of the Gospel with missionary zeal. She is the Assistant Director for the Archbishop Harry J. Flynn Catechetical Institute, a popular 2-year program that serves Catholic adults in the Archdiocese of St. Paul and Minneapolis in Minnesota. Kelly is the founder of WINE: Women In the New Evangelization, a women’s ministry that invigorates Catholic parishes through inspiring, supporting, and nurturing women in the faith and by equipping and mobilizing women as intentional disciples of Christ. She is a contributing writer for CatholicMom.com and The Integrated Catholic Life – an eMagazine about integrating faith, family, and work. Her new book, Created to Relate: God’s Design for Peace & Joy, encourages and inspires women to live fully their beautiful God-given gifts for building relationships and shows how doing so can draw others into a relationship with Christ and lead to a life of peace and joy. Kelly travels the country speaking on the New Evangelization in an effort to encourage all to spread the message of Jesus by living the joy of the Gospel. She enjoys speaking to all groups, but has a special affinity towards speaking at Catholic women’s conferences. She resides in Minnesota with her husband, Andy, and their three children. “Kelly Wahlquist applies life changing principles of the Kingdom of God to everyday living. Her presentations strike a chord in the hearts of women, showing them that they too can walk in the victory that God has provided. Her joy and enthusiasm are contagious and her knowledge of the Catholic faith is deep and faithful. Ladies will leave her presentations renewed!” ~Jeff Cavins