Sister Jane Dominic Laurel, O.P., a member of the Saint Cecilia Congregation of Dominican Sisters of Nashville, Tennessee, holds a doctorate in Sacred 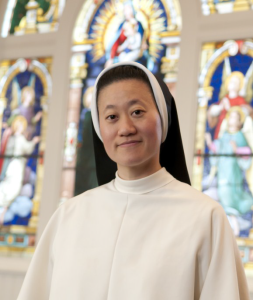 Theology from the Pontifical University of St. Thomas Aquinas in Rome, Italy, and currently serves as Affiliate Assistant Professor of Theology at the University of Dallas. Sister has served as Editor-in-Chief for her Community’s latest book already in its second printing: Praying as a Family (available also in Spanish). She has directed a television series of the same name with EWTN, and presented on topics related to theology, religious life, and marriage and family, speaking at various conferences, as well as to university students, religious, priests, deacons, and seminarians. The Dominican Sisters of St. Cecilia are best known as the Nashville Dominicans, one of the fastest growing communities of religious women in the United States. They have been faithfully committed to Catholic education since 1860 and now reach over 16,000 students from preschool through college. In addition, they have missions in Australia, Italy, Canada, the Netherlands, Scotland, and Ireland. 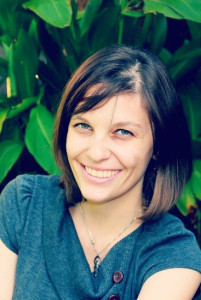 Katie Hartfiel is an author and speaker dedicated to sharing the intense love of the Lord. As a teenager, Katie fell in love with Christ at  a Steubenville youth conference in her home state of Colorado. She received a degree in Theology from Franciscan University of Steubenville and served as a youth minister for seven years in Houston, where she now resides with her husband, Mark, and three daughters. In 2012, Katie released her first book, Woman in Love. This work coaches young women as they strive for purity through praying for and journaling to their future spouse. Katie Hartfiel is also the author of The Mother’s Companion, which details 12 conversations every mother should have with her daughter,and the Mother Daughter DIY Purity Retreat, for individuals, churches or schools. She has been blessed to watch hearts come alive with the realization that our faithful God hungers to exceed our deepest desires. For more on Katie, her books, and your first chapter free visit womaninlove.org. 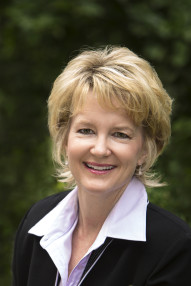 Patty Schneier is a life-long Catholic, housewife, and mother of three from the Archdiocese of St. Louis. She and her husband Larry are active members of their parish, where Patty is a cantor at Sunday Mass. Since October, 2003, Patty has been speaking at parishes and Catholic Conferences across the United States, sharing her personal testimony “Prove It, God!”. . . And He Did. Using song, scripture, and writings from her journal, Patty shares the story of her challenge to God and His daily response. The results were life changing! Her conversion marks the beginning of a totally new life in Christ, a renewed marriage, and a ministry in public speaking. In 2007, Bishop Paul Zipfel sent 25,000 copies of her testimony to every Catholic household in the diocese of Bismarck, ND, and in June 2013, it was distributed nationwide as the “CD of the Month” for Lighthouse Catholic Media. With additional talks written specifically for teens, parents, women’s groups and priests, Patty gives witness to the beauty of the Church’s teachings and her love of the Catholic Faith. Patty has been a guest on EWTN and various Catholic Radio shows, including Covenant Network, Ave Maria Radio, and Catholic Answers Live. From 2007-2008, she was host of the radio show, Ask the Archbishop, heard on Covenant Network with Cardinal (then, Archbishop) Raymond Burke. Her story has been featured in Family Foundations Magazine and is included in the book Set Free To Love: Lives Changed by the Theology of the Body. Patty’s presentations on a variety of Catholic topics are available through Lighthouse Catholic Media, One More Soul, and St. Joseph Radio. Her book, Love Letters from Mom on What Matters Most, is a compilation of personal letters written to her children as they mature into adulthood and venture out on their own. Without preaching or scolding, she candidly discusses the joys of living a faith-filled life, what it means to be a Catholic in the world today, and why it matters. It is a book to inspire and encourage all parents and their children—no matter what their age—to live for Christ, to strive for holiness, and desire Heaven. In 2015, Patty was the keynote speaker at the very first Women in the New Evangelization Conference for the Archdiocese of Minneapolis-St. Paul. She was featured in a Family Hour DVD entitled The Parent’s Mission: Passing on the Faith, produced by the Apostolate for Family Consecration. Patty received the Archbishop Robert J. Carlson Excellence in Communication Award from the Archdiocese of St. Louis and was named 2015 Woman of the Year for her work in Evangelization by the executive board for the Daughters of St. Paul in St. Louis.